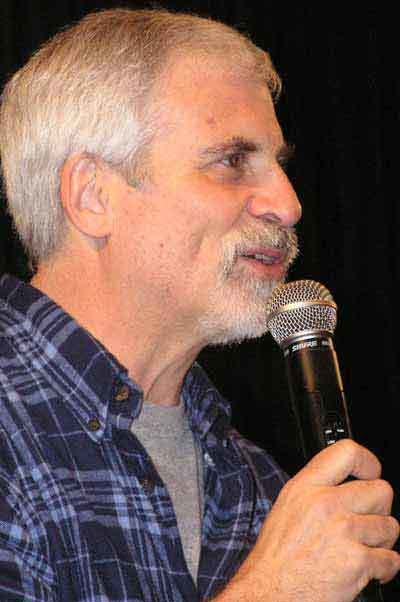 Larry Edelman (Denver, CO) has called and played for square dances for more than 30 years and has traveled throughout the U.S. and Europe playing, teaching, and calling for traditional dancing. Larry has taught music and dance at dozens of camps and festivals including the Festival of American Fiddle Tunes, Ashokan, Augusta, Pinewoods, Lady of the Lake, and many more. He currently plays fiddle, mandolin, and guitar with The Percolators, Poultry in Motion, and the Soda Rock Ramblers. An avid dance researcher, Larry has intensively studied and documented the traditional dances of Southwestern Pennsylvania with a variety of square dance callers.

He was awarded a Fellowship in Folk Arts from the Pennsylvania Council on the Arts in 1987 to study with elder square dance caller Jerry Goodwin. Recently he has released two square dance related DVDs: Dance to the Music and Listen to the Calls: The Square Dances and Calling of Jerry Goodwin, Yee Haw: A Curious Glimpse of the History of Square Dancing, and A Tap Dance Treat. He is currently producing a documentary on the Lancers as danced at the Independence Grange Hall in Independence, Pennsylvania in 1985. In addition, for years, Larry has been studying and collecting portrayals of dancing and country dancing in film and television. Over the past few years, Larry has been studying and collecting traditional dances from the southwest USA.